Finally put my mouseguard on: 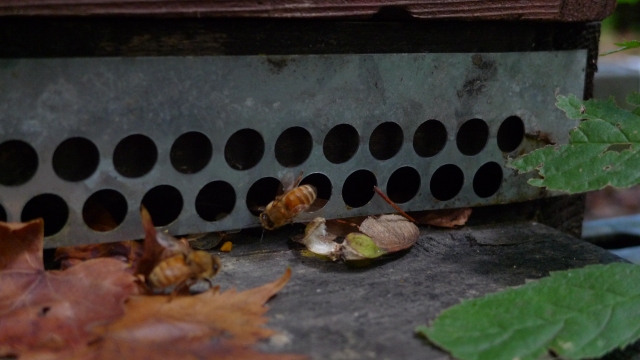 Now only bees or creatures the size of bees can get in. Hopefully a little mouse hasn’t crept in there already.

Had a look at my varroa board, which I last checked two weeks ago. The varroa board is a piece of cardboard which sits under the wire mesh hive floor. Once the mites fall through the wire mesh they are unable to crawl back up again. I gave up counting varroa mites after I reached 100, which seems a lot in two weeks. My FERA booklet on varroa classes a high infestation of mites as >8 dropping per day in October and says that “If the mite drop in a colony is >15 mites per day you must do something and treat immediately”. In November-December Lactic/Oxalic acid are options, I’ll talk to some of the experienced beekeepers next weekend and see what they recommend.

You can see the mites in the photo below, they are the little shiny brown oval buggers. They overwinter by feeding on the bees, sitting on the top of their abdomens, where the bees can’t reach when they groom themselves. A British study has found that they prefer the left side of the bees, probably because the left side allows the mites to place their mouthparts closest to the bee’s midgut, which is likely to contain higher concentrations of many nutrients. The varroa mites not only weaken the bees but are associated with the transmission of pathogenic diseases between bees. I hope my poor little bees can hang on in there over the winter. 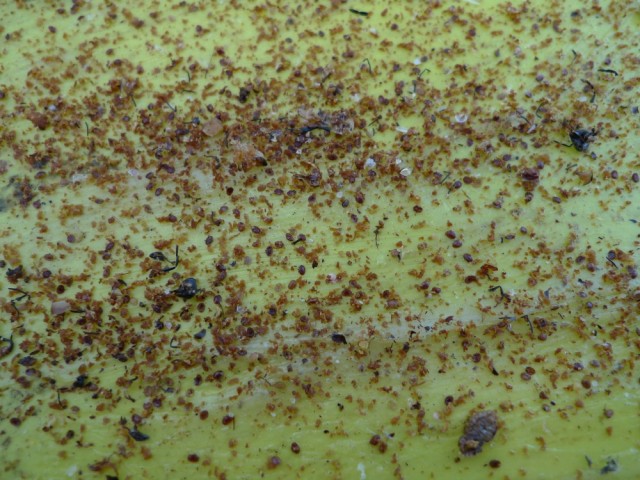 A less close up shot from another hive, plenty of pollen and wax cappings here. 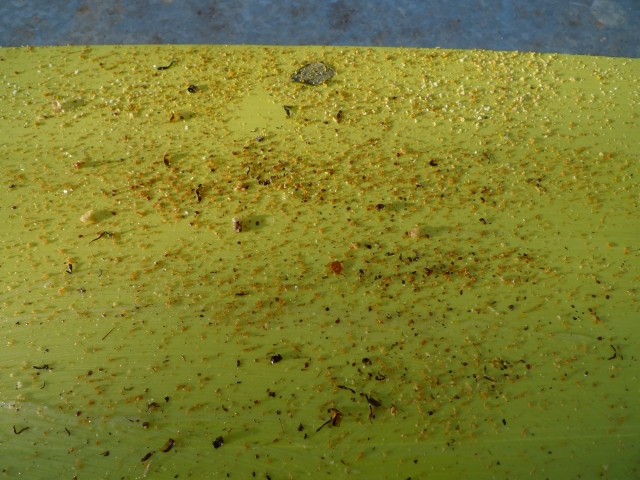 I am a UK beekeeper who has recently moved from London to windswept, wet Cornwall. I first started keeping bees in the Ealing Beekeepers Association’s local apiary in 2008, when I created this blog as a record for myself of my various beekeeping related disasters and - hopefully! - future successes.
View all posts by Emily Scott →
This entry was posted in Disease prevention and tagged bees in winter, varroa. Bookmark the permalink.