Had a quick peek in the hive today, a week after shook-swarming them. I had been a bit worried before I lifted the crown board up because lots of them had managed to drown themselves in the sugar syrup yet hardly any of the syrup had been drunk.

There was no need to be concerned though, as during the lovely weather this week they had managed to draw out nearly four frames, in which nectar and many shades of pollen were already stored – so they have quickly built up plenty of stores to feed new brood with. The queen has already laid neat rows of eggs, so next weekend I probably will see capped larvae, depending on when exactly the eggs were laid – eggs take three days to develop into larvae and worker larvae are capped six days after hatching out (9 days after being laid).

I feel very grateful that mine are doing ok so far, as there seem to have been heavy losses locally this year. About seven hives in the apiary have died out or look likely to. So I’ve been very lucky with mine. Today the other beekeepers combined two hives which weren’t doing so well – one was strong in terms of numbers of bees, but had lost its queen, the other was weak with only a couple of frames of bees. Some pics below…

The strong colony, with only drone brood and no queen to be found 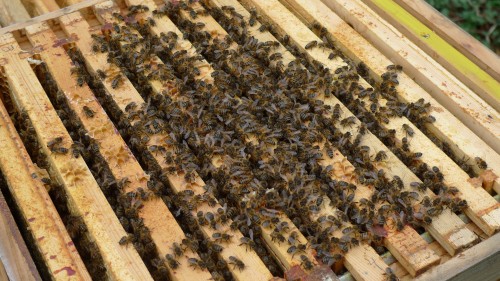 Shaking all the bees off the crownboard into the weaker colony… 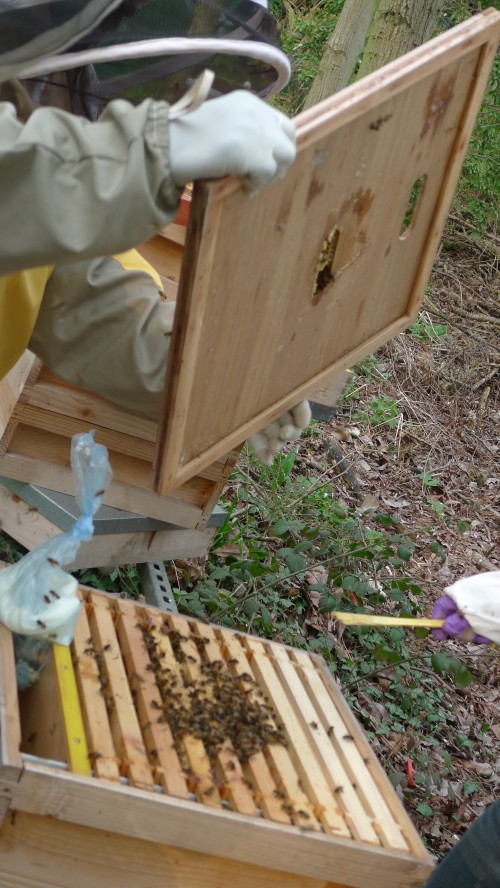 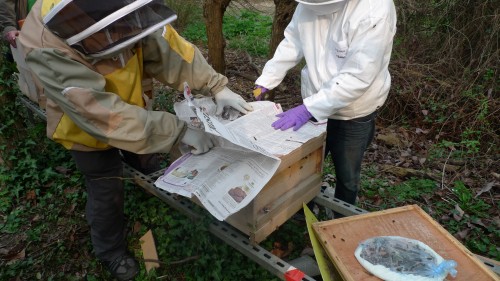 Putting the stronger colony on top… 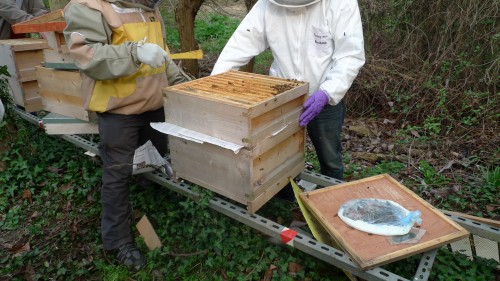 And two become one. 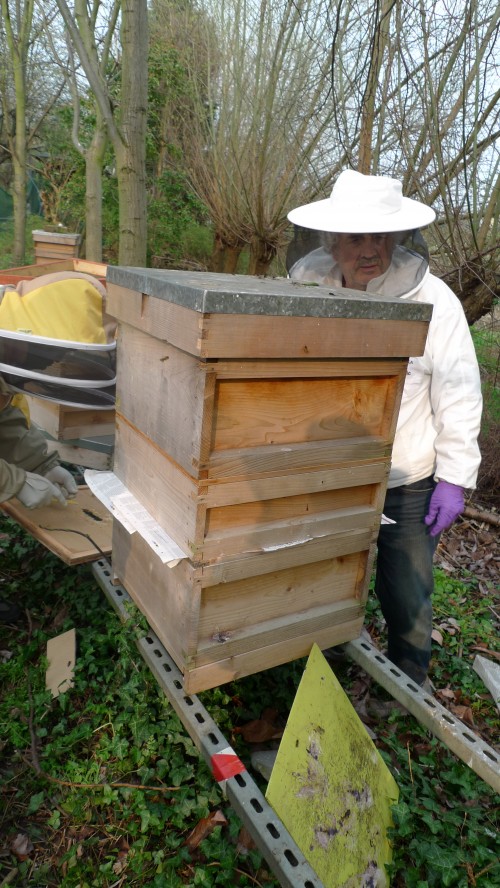 Hopefully this colony can now go on to be a strong one.

I am a UK beekeeper who has recently moved from London to windswept, wet Cornwall. I first started keeping bees in the Ealing Beekeepers Association’s local apiary in 2008, when I created this blog as a record for myself of my various beekeeping related disasters and - hopefully! - future successes.
View all posts by Emily Scott →
This entry was posted in Colony management and tagged hive combining. Bookmark the permalink.