The case of the disappearing queens

We just can’t seem to hold on to our queens this year. No sooner has one emerged than weeks of rain follow preventing her mating, or we inherit a new queen but she turns out to be poorly mated, or our nice new mated queen, who has been laying as efficiently as a German train, simply… vanishes. It’s getting hard to remember all their names!

Two weeks ago we inspected our new queen Neroli’s hive and she was laying brilliantly. Yesterday we looked in expecting to find more evenly laid biscuity brood; and instead found two capped queen cells. Her mother swarmed at the end of May, leaving behind orange Neroli, who by early June was mated and laying. Her hive is still too small to be swarming though, so why the queen cells? It was me that inspected Neroli’s hive, and I have a suspicion that I may have accidentally squashed her. We’ll never know for sure, but the timings point that way… if they started making the queen cells as an emergency measure after a queen-squashing two weeks ago, the new queen/s should emerge very soon, as queens take 16 days from egg to hatching. The break in egg laying will set the hive back 😦 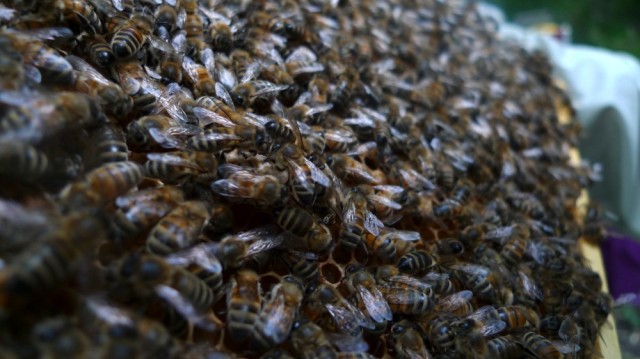 Dismayed, next we turned to Ginger’s hive. She was a New Zealand queen flown over this year; her hive was donated to us to look after about three weeks ago. Sadly we noticed a lot of drone brood being laid. There are rumours that bad weather in New Zealand this year has caused a lot of their queens to be poorly mated. Two weeks ago we spotted two charged queen cells in her hive, and marked the frame with drawing pins. During yesterday’s inspection we noticed one queen cell empty, and the other still capped but roughed up at the end, as if it might have been stung through by the emerged queen. We also spotted a very small ginger queen running around! We have yet to name her. Let’s hope she mates well. 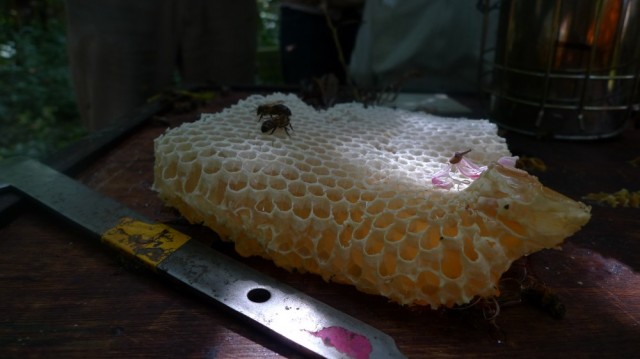 The winter bees will get to taste the summer as they huddle through the dark days.

Bits of the weekend – a few photos 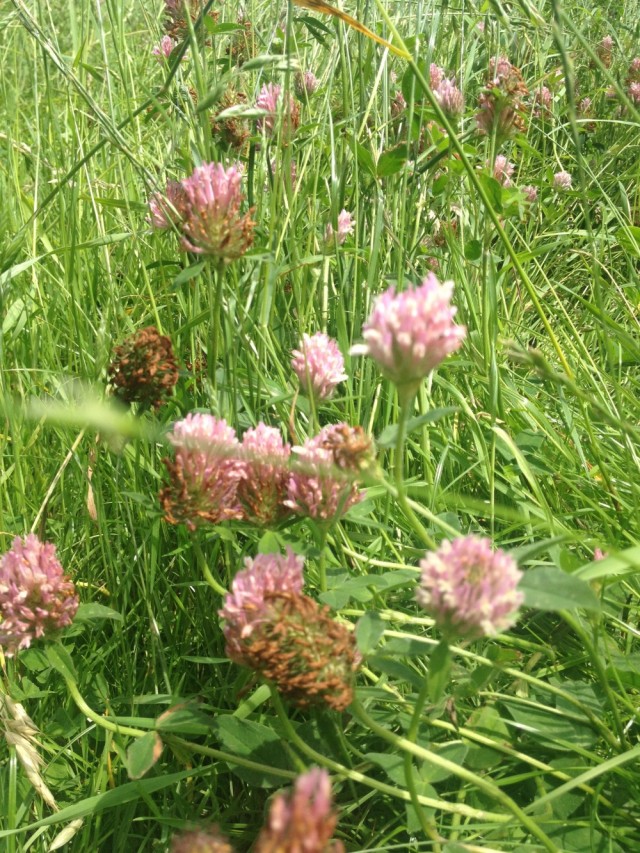 Clover is out. The red clover above is usually not appreciated by honey bees as the flower is too long for their tongues to reach its nectar, but it is by longer-tongued bumbles. Clover does best on a chalk soil and requires several days over 22C (71F) before it begins to yield. The honey is water white and has no flavour except sweetness; pollen load brown (info from Ted Hooper, Guide to Bees & Honey, p222).

Blueberry French Toast. One of the most decadent of breakfasts.

If we get two new queens in both hives, Emma calculated that makes a total of seven queens between two hives so far this year. Can anyone beat that?!

29 Responses to The case of the disappearing queens