A new little drone has arrived in my life, just in time for swarm season. As he is very cute I won’t be kicking him out in the autumn 🙂 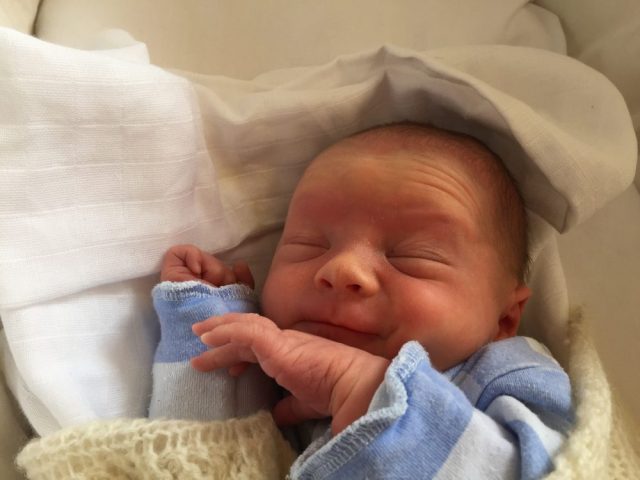 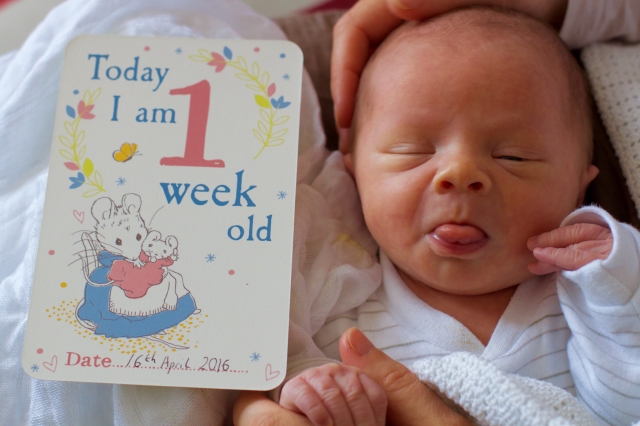 There were some complications in my last week of pregnancy when I was diagnosed with obstetric cholestasis, a liver problem which affects around 1 in 140 pregnant women. It causes extreme itchiness, particularly in the feet, so much so that sleeping is very difficult. Even when I did eventually get to sleep, I was scratching myself in my sleep. The hospital recommended I was induced at 39 weeks, as some studies suggest obstetric cholestasis causes a small increased risk of stillbirth.

I ended up staying in hospital three days while they waited for a bed to become available. One of Ealing’s maternity wards has closed down recently, causing extra pressure on the hospital I was at. I was waiting around in a ward full of women in a similar situation. Every now and again one of them would actually go into labour and I would hear their screams, which didn’t make for a relaxing wait! Eventually a bed became available at midnight on Friday and Tom emerged after a drama-full thirteen hour labour. I envy the queen bee’s simple egg-laying task!

44 Responses to A new drone