On Saturday I went to the Federation of Middlesex Beekeepers’ Associations annual ‘Federation Day‘. Each year the Middlesex associations (Ealing, Enfield, Harrow, North London, Pinner & Ruislip) take it in turn to host a day of beekeeping talks; this year it was Ealing’s turn, which was nice as last year it took me nearly three hours to reach Enfield! 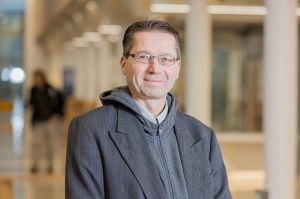 Unfortunately I could only stay for the first speaker, Dr Martin Bencsik. Martin is a Reader in Physics at Nottingham Trent University – we were lucky as he had travelled down from Nottingham to speak for us. His research focuses on novel applications of Magnetic Resonance Imaging (MRI) and more recently on bioacoustics, including honey bee colony condition monitoring. His use of accelerometers to measure vibrations in honey bee hives led him to become involved in The Hive artwork at Kew, supplying the measurement technology and software which animates the work.

Martin began by explaining that accelerometers are used to sense vibrations. People often confuse sounds and vibrations. For honey bees and most insects, sounds are actually probably irrelevant. Perhaps 70% of insects prefer vibrations to sounds for communicating (crickets are an exception). Like a mobile phone, small insects find it easier to produce efficient vibrations than sounds.

For his research he set up an apiary in France with an accelerometer in each hive. It takes a few seconds to implant each accelerometer in the comb, but it’s expensive – at £500 per accelerometer. He sent an accelerometer round the audience for us to look at, which he emphasised he definitely wanted back! The technology has revealed some fascinating insights, particularly around swarming. The accelerometer picks up the sound of the swarm preparing to leave as the bees become so excited their vibrations shake the comb. Martin played us an amazing recording of a primary swarm from 20 minutes beforehand up to the moment of departure (condensed into a shorter clip, not the full 20 minutes). The buzzing filled the room as if we were inside the hive – it was quite intense and everyone clapped after it finished.

Martin mentioned that he has recorded the old queen piping before she swarms. This has happened twice in thirty primary swarms he’s recorded, so is fairly rare but shows it’s not just virgin queens that pipe. The time of day of the primary swarm has always been between 11am-3pm, but usually nearer 11 than 3.

He went on to tell us a little about how Wolfgang Buttress produced The Hive installation – see my post ‘The Hive at Kew‘ for more about this. I was impressed to hear that every cell in its lattice is different and each layer has been cut slightly differently, to a budget of £8m. Kew are now hoping to keep the installation until 2020, as visitor numbers are up since they hired it.

The Hive at Kew

In response to a question on his future research, Martin revealed that he hopes to secure further funding for his work on honey bee monitoring. He feels passionate about directing his work towards helping bees and the environment, as he has become tired of the selfish actions of humans and the effect we have on the natural world. Ingenious and clever though humans are, so often we destroy all that is beautiful.

I hope everyone enjoyed the Federation day. I know a lot of hard work went into it by people such as Clare, Elsa, Sue, Jonesy, Andy, Tom and many others. Below is the cake table, which was very popular! 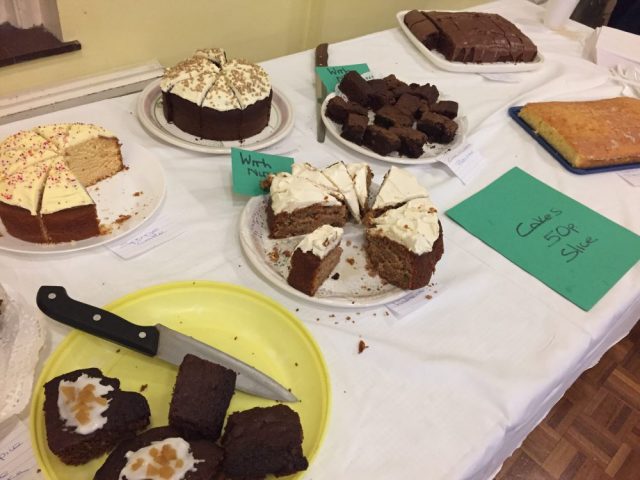