Messing about with wax

We all have tasks we put off doing. One of mine has been having a go at melting beeswax to make candles. I had a feeling it might be a long and messy job. And I wasn’t 100% sure how to do it either.

Well, I had some time off recently and Tommy was in nursery. So I finally had no excuse to put it off any longer. With the help of the brilliant book ‘‘The Bee Book‘ (co-written by several talented beekeepers including Emma Sarah Tennant) I improvised… not quite in the right way… but the wax did melt! 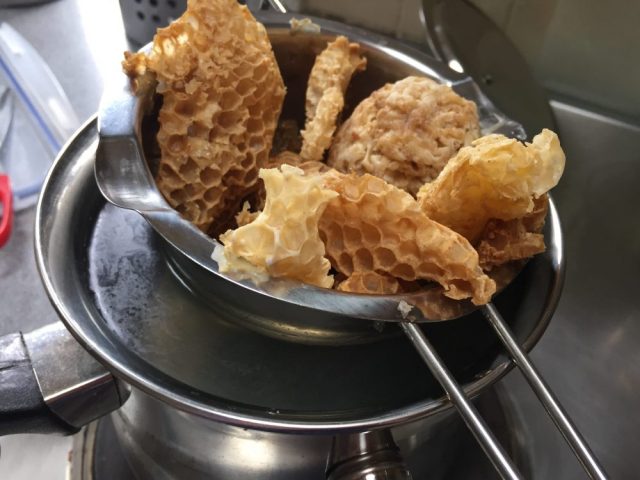 I set up a bain marie over a Thornes double boiler. I was surprised about how long the wax took to melt and turned to the kind beekeepers of Facebook’s Beekeeping Questions UK group for advice (a really helpful group which has just one rule that so many beekeeping forums lack: ‘Be nice to people’). This is what they revealed to me: 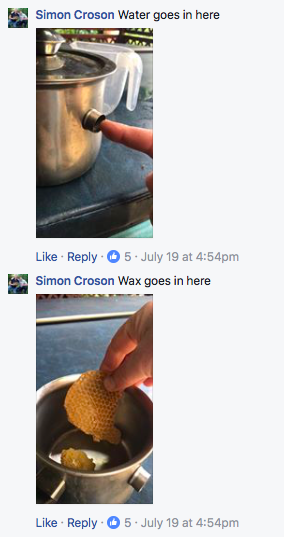 Yep. I had completely missed that water went in the spout. There are even instructions on the Thornes website which explain this! In my defence, I did buy the boiler pre-Tommy.

I also got some great advice from lots of other beekeepers, such as Candida Williamson’s comment below. It’s important to use rain water if you are in a hard water area because hard water causes soap to form, which affects the quality and appearance of the wax (Reference Mid Bucks Module 2 study notes 2015, p.34).

Well, as you can see from the photo below, eventually the wax did melt, even using my botched method. And one little candle was produced! It’s on the dark side, but still a candle.

How do you melt your wax? In an oven, a bain marie, steamer, microwave or perhaps a solar extractor? Perhaps you use tights or baked bean cans? Many of these methods remain very mysterious to me but I know the best way to learn is by doing. 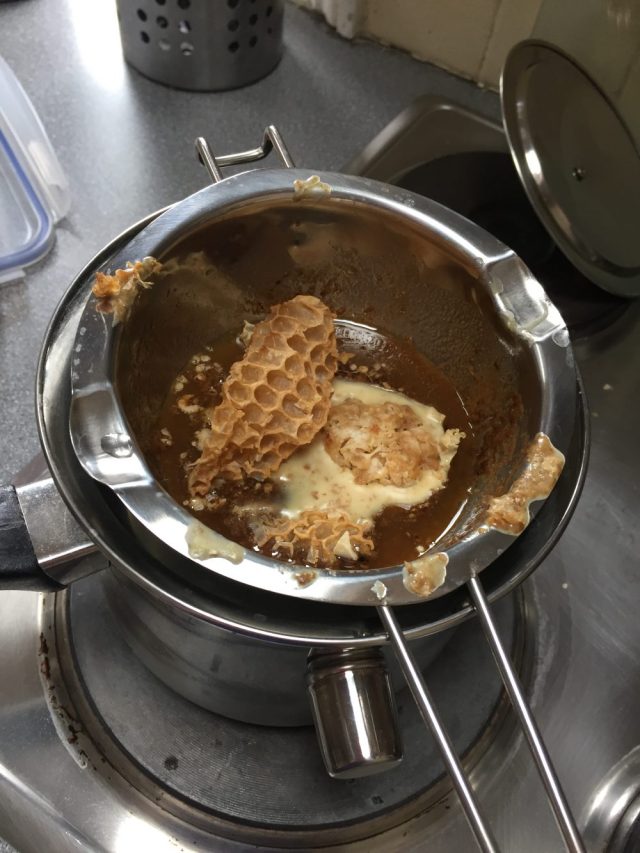 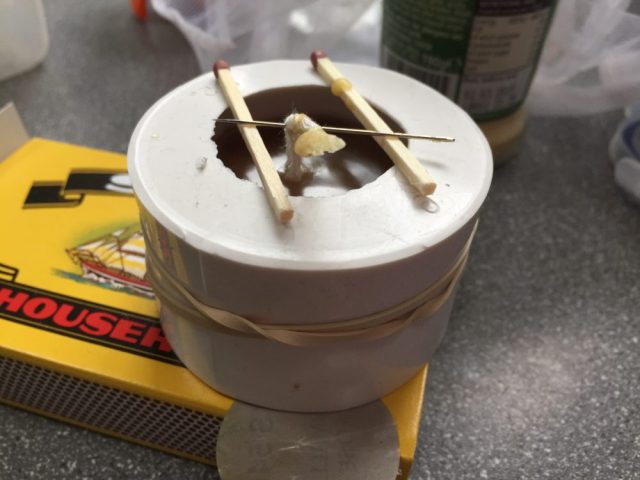 I am a UK beekeeper who has recently moved from London to windswept, wet Cornwall. I first started keeping bees in the Ealing Beekeepers Association’s local apiary in 2008, when I created this blog as a record for myself of my various beekeeping related disasters and - hopefully! - future successes.
View all posts by Emily Scott →
This entry was posted in Uncategorized and tagged wax. Bookmark the permalink.

24 Responses to Messing about with wax