What’s wrong with our bees?

An idyllic scene of sunshine on the apple tree at the Hanwell apiary on Sunday. 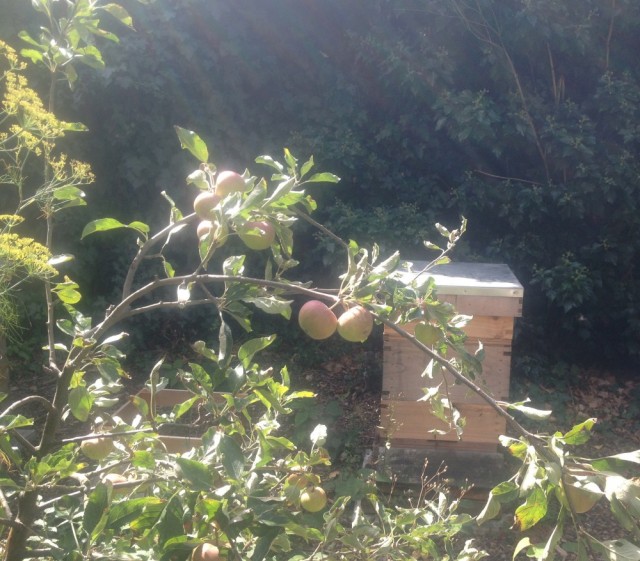 The bees came to say hello in the super. 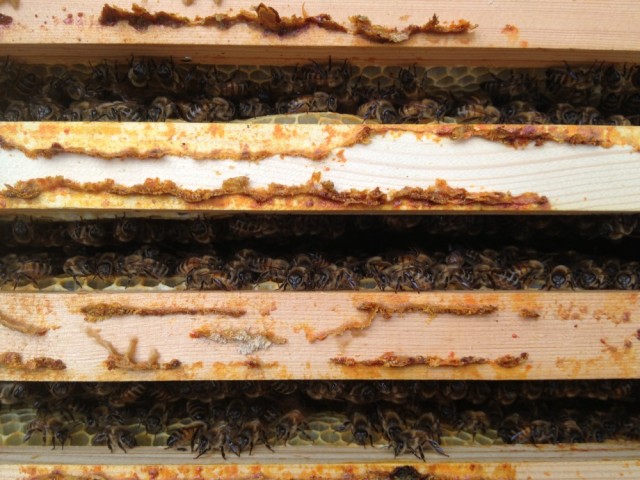 Further down, they bubbled out from the brood frames. So many thousands of interactions happening. They are experiencing multiple sensory levels we’re missing out on – the smells, the tastes of nectar being passed from one bee to another, immersed in the hum of purposeful fanning. 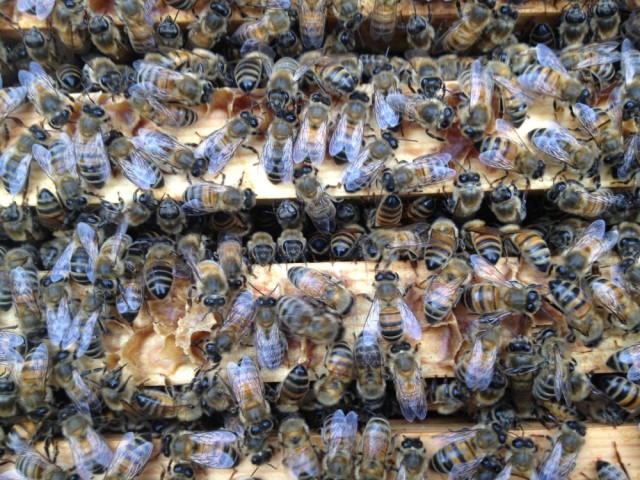 At first glance, the colony looked healthy, with plenty of bees, brood (five frames) and stores. But I spotted a poor bee with a varroa mite on her back, the first time I’ve seen that on one of my bees.

Plus, a few cells on different frames (about five cells that I spotted in total) had some dead larvae inside. Here’s what they looked like in the cells. 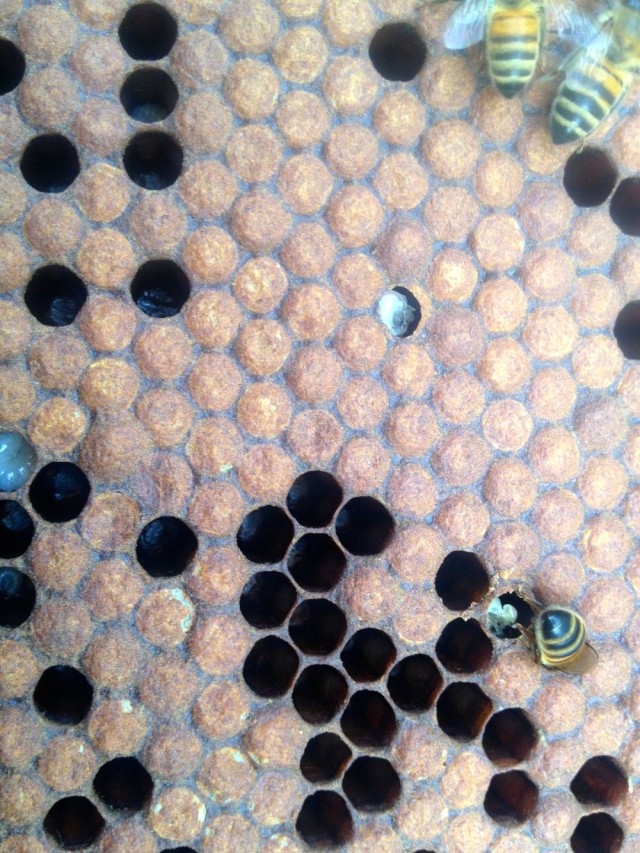 I plucked the dead bees out with tweezers to inspect. They looked like the larvae below, with a white slimy texture. 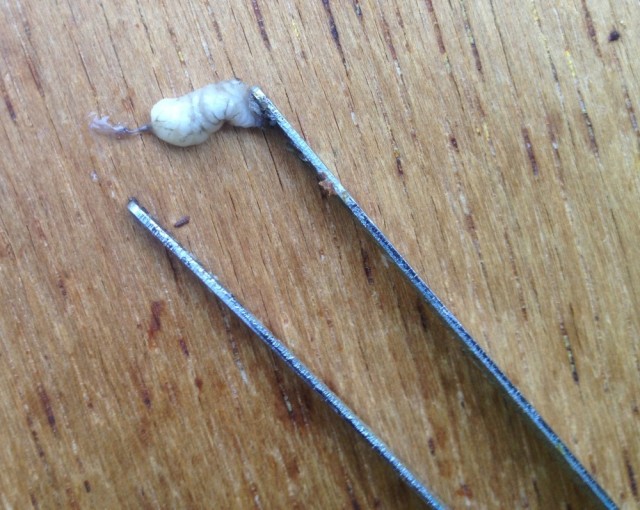 I couldn’t spot any scales or melted-down appearance to the larvae, so don’t think it’s EFB. 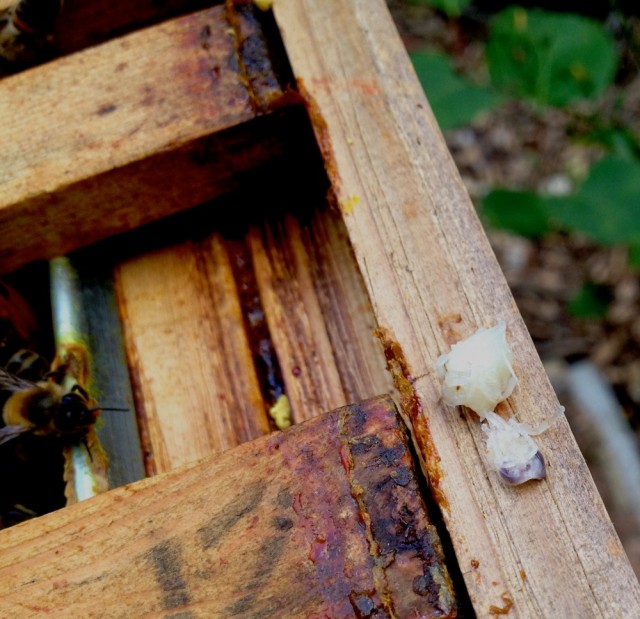 At first I thought it might be sacbrood. But looking at the photos on the Beebase Sacbrood page, these larvae don’t seem to have the characteristic ‘Chinese slipper’ or gondola  shape to me. But as I could only find a few dead larvae, perhaps it wasn’t a large enough sample size to tell.

Sacbrood is not a major disease and the only remedy is to re-queen, as some strains of bees are less susceptible to the disease. It’s too late in the season to do that now, but perhaps could be something to consider next year if the amount of dead larvae increases. It would be a shame though, as this tiger-coloured queen is a good layer and her daughters require virtually no smoking.

Any thoughts? Even though I’ve studied diseases, what I see in the hive never quite seems to match the books! For now I’m treating with Apiguard (an anti-varroa treatment) and planning to keep an eye on things.

21 Responses to What’s wrong with our bees?